On the night of Dec. 8, a Global Visionary and founder/CEO of Happy Science, Master Ryuho Okawa, gave a lecture entitled “With Savior.” Master Okawa began the lecture by reflecting on 2020, saying, I think this was a very difficult year.”

He then spoke about the discussion of whether COVID-19 was developed by China as a biological weapon to attack other nations.

Master Okawa pointed out that the coronavirus was a biological weapon, citing the following statement made by Dr. Satoshi Omura, a Nobel Prize recipient in Physiology or Medicine and a Professor Emeritus at Kitazato University: 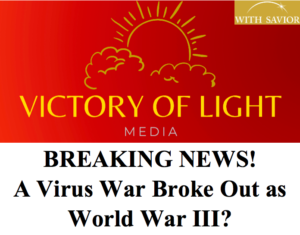 “If there’s a country that would hide facts and attack foreign nations, harming the people of those nations, we must continue to investigate until the facts are evident,” Master Okawa said. “A virus war may have broken out as World War III.” “I presume that a different type of virus was dispersed in Europe and America based on the way the virus is spreading in numbers… No matter who becomes the U.S. president, we have to continue to research and investigate this matter. I am greatly angered towards the WHO officers who were subjugated early on by China.”
Share on facebook
Share on twitter
Share on linkedin

Will Americans be Able to Tolerate Defeat in a Virus War?

The majority of the mainstream media denies the theory that COVID-19 was developed by China as a biological weapon, and instead, reports that the virus originated naturally or broke out in many places simultaneously — just as China reports.

In Addition, the mainstream media remains silent about the Democrats’ potential voter fraud in the U.S. election and Hunter Biden’s China-related scandals that the New York Post reported on.

Master Okawa criticized the media for arranging a media blackout to prevent the dissemination of information about the possibility COVID-19 being artificially developed, and therefore creating a narrative that Trump is a mad dictator for believing that China developed COVID-19.

“This election wasn’t about choosing between Mr. Trump or Mr. Biden. The election was a ‘Trump versus anti-Trump’ battle’, and the mainstream media was the central axis of the anti-Trump forces.”

Master Okawa also spoke about why President Trump continues to engage in legal battles over the outcome of the presidential election.

“If Biden becomes the President next year and it becomes evident that this virus was made in China and strategically dispersed to Europe and the States, if Joe Biden and Hunter Biden have in fact been bought by China, it is not just a matter of Republicans being defeated by Democrats. It will mean that the U.S. lost against China and they are on the way to becoming the Great Chinese Empire. I’d like to leave off with a question: will Americans be able to tolerate this outcome?”

Caution of an emerging Totalitarian State

Furthermore, it was predicted that China will surpass the U.S. between 2035 and 2040, by which a hegemonic war would’ve likely occurred; however, as of 2020, it can be said that China’s State Chairman Xi Jinping thought he achieved hegemony through the virus war and Trump’s defeat.

Master Okawa pointed out that if this is the case, “China will immediately be 15 to 20 years ahead of their plan, and the strategic map of the world will change. What will happen after January of next year? It is highly likely that there will be an enormously large paradigm shift— involving Hong Kong, Taiwan, North Korea, South Korea, Japan, the Philippines, Indonesia and Australia — that will question Asia’s way of thinking.”

He also said that the outcome will “depend on how neighboring countries, such as Japan, and European countries respond.” According to Master Okawa, “China doesn’t really have that much power yet,” and he advised Western countries to join in unity and counter China.
Towards the end of the lecture, Master Okawa called out to the audience: “What I said today may have sounded extreme. By listening in, however, consumers of misleading information will begin to have wavering thoughts at some point. After these wavering thoughts lie the middle way — this path will appear once people quietly contemplate. The world must make the right progress that stems from this middle way.”

“Faith Immunity” can protect you from this virus

There have been many cases where Happy Science members took part in the ritual prayer, “Prayer for Defeating the Infection of Novel Coronavirus Originated in China,” for their loved ones who caught COVID-19 and successfully cured them of the virus. “We have CDs of songs I make and my lectures, DVDs and books. These are all weapons (which increases your immunity) to counter COVID-19.” 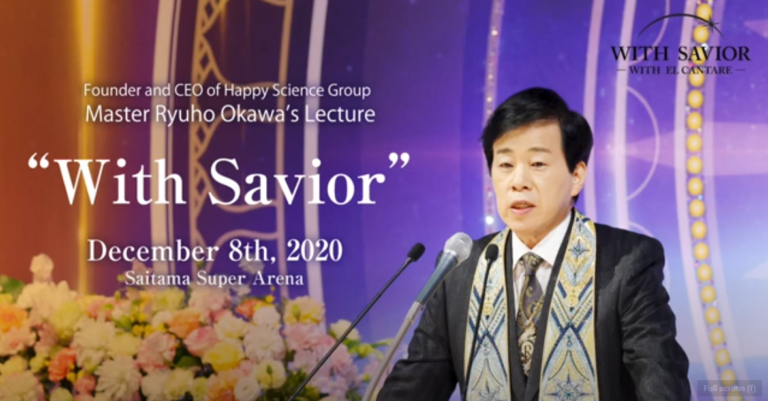 A Composition for Repelling the Coronavirus

Contact us
Contact us here so that we can help you locate your nearest temple or arrange an online viewing to watch the full lecture “With Savior” or “Spiritual Messages from the Guardian Spirits of Biden and Trump.” (Suggested donation $20) 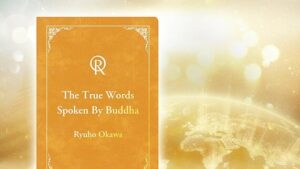