What does the Name ‘Elohim’ mean to people?
Last week, a Jewish woman walked into NY Temple. She told us what meaning the name Elohim holds for her.

“Elohim is a name too precious to be spoken without reason except in prayer. A different name is used instead. His existence is shrouded in mystery, but his name invokes the feeling of light.”

The Meaning of Elohim in Happy Science
Master Okawa reveals that Elohim is the second descent of the core consciousness of El Cantare to this Earth, 150 million years ago. Elohim is also referred to as ‘El.’ The name ‘El’ has spread widely from the Middle East, to Africa and southern Europe. It is used as another name for God and used in the meaning of “The God of Light,” “Light” or “God.” (from The Laws of Faith)

The Age of Elohim – 150 million years ago
At the time, there were many different races of space people living on Earth. A teaching that would unite the different values and beliefs these races had was in dire need, for the differences were causing wars and conflict on a scale that was threatening to split the Earth. That was when Elohim appeared.

The Space Invasion Happening Today
Many of us are unaware of the spiritual and space battle happening around us because we do not learn about spirits or space people. But regardless of whether we know about it or not, we are in the middle of it. 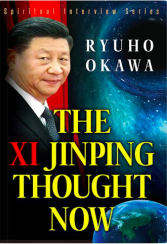