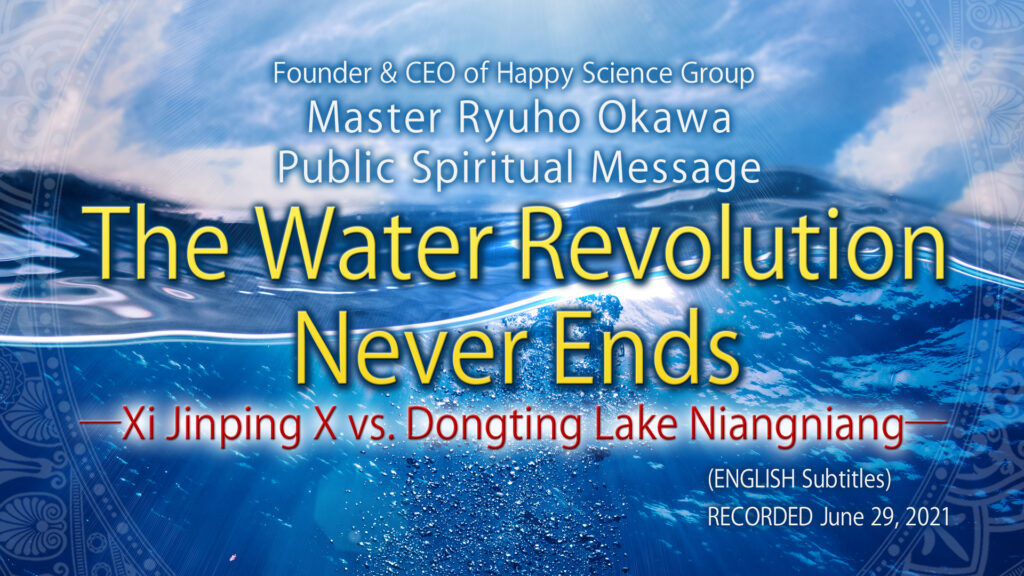 In the spiritual messages, Xi Jinping X talked about his ambition to conquer the world, and Dongting Lake Niangniang talked about his true identity, the reality of China as a papier-mâché tiger, predictions of China’s future, her strong will to destroy the Chinese Communist Party, the power of the speech of Happy Science, and etc.

◆What will he do if Japan hosts the Tokyo Olympics? – What was the reason he went easy to spread the coronavirus in Japan?

◆Have the U.S. Secretary of State and Secretary of Defense already been bribed? – What is the plan after the 100th anniversary of the Chinese Communist Party?

◆There are two beings who is controlling Xi Jinping behind the scenes! They are…

◆What are the effects of the “Water Revolution”? What are the reasons China is now targeting South Asia?

◆What will happen to China in the future? What are the forces of light that will oppose China?