“Spiritual Reading of Space Conference of Messiah’s ? ーthe destiny of the Earth in the near future” 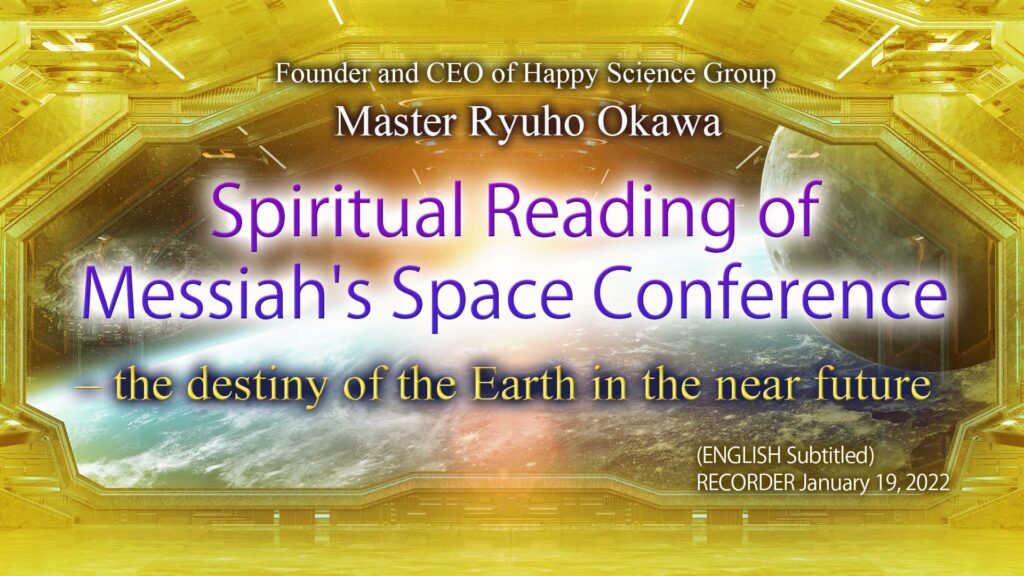 El Cantare held a “Space conference”！
The theme is, “What will happen on Earth from now on.”

In this spiritual reading, Rient Arl Croud interprets Master Ryuho Okawa’s dream about giving a lecture in space. He reveals that the Lord was actually holding a space conference which is related to the fate of the Earth. The Lord gave suggestions which way humanity should head. This spiritual reading complements The Lecture on ‘The Laws Of Messiah’ from a different angle.

This reading is recommended to Happy Science members, those who have received “The Laws Of Messiah,” those who are going to watch the film, “The Cherry Bushido,” or those who want to know the outlook of the corona situation, supporters of the Happiness Realization Party, and so on. Furthermore, “The Laws Of Messiah,” “Spiritual Message from Yaidron,” “Spiritual Message from Metatron-The Light in the Times of Crisis,” “R.A. Goal’s Words for the Future: Messages from a Space Being to the People of Earth”.

【POINT】
◆Why was the space conference held now?

◆How to fight back against “virus attack” and “supersonic missiles”.

◆The year 2022 would be the year to start the “avenge”!
What is the “major cleanup” that is going to start now?

◆Deepen the faith in Lord God and defeat materialism and atheism!

I understood that the Messiah of the Earth or the Great Savior cannot stand any longer to watch any of the tyranny of nations against the Will of the Lord. I want to take action that is in accordance with the Lord’s Will. （60’s Male）