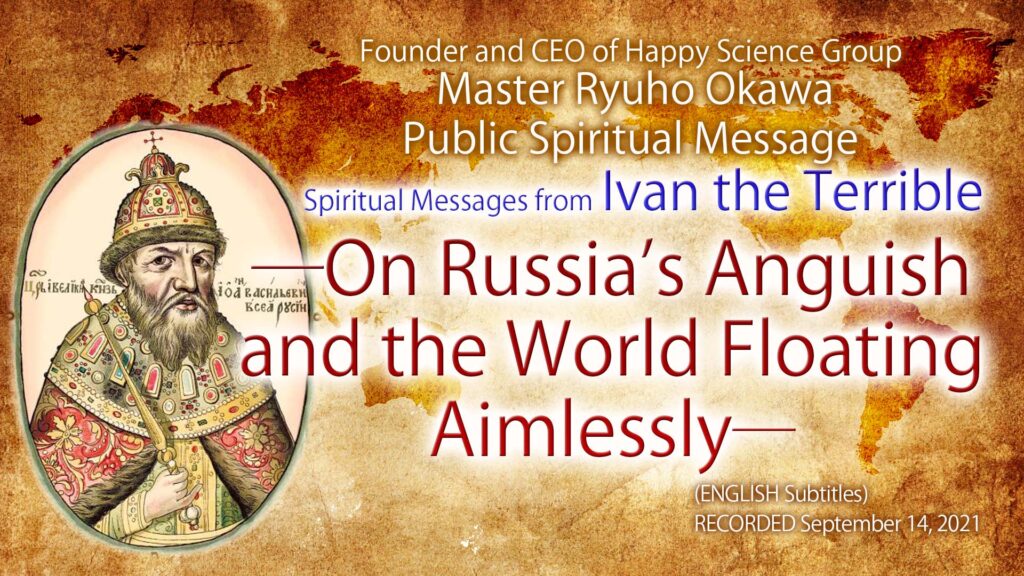 Why Ivan the Terrible came now? What is the world situation as seen from Russia?

He was appointed as the grand prince of Moscow at the age of three after his father’s death. At the age of 16, he was crowned as”Tsar of all the Russias.” He created the foundation for the eastern dominance and conquest far to Siberia. He was feared and known as “Ivan the Terrible” for his tyrannical rule over the great aristocrats who held political power at the time.

Ivan the Terrible spoke about the current situation of Russia and his will to make Russia stronger. America’s decline and the world situation heading for chaos were also mentioned in the spiritual messages. It is recommended for those who are interested in politics and history of Russia, world politics and also for politicians and religious people.

◆How does he feel about the Biden administration?

◆What are Russia’s true intentions toward China and Afghanistan?

◆What did Russia want Japan to do during the Abe administration?
–What is his assessment of the leadership election: Kono, Takaichi and Kishida?

◆What does he think of the “coronavirus pandemic” and “vaccines”?

The Water Revolution
A song celebrating Lord God
With Savior