Now, here, Elohim is thinking about. 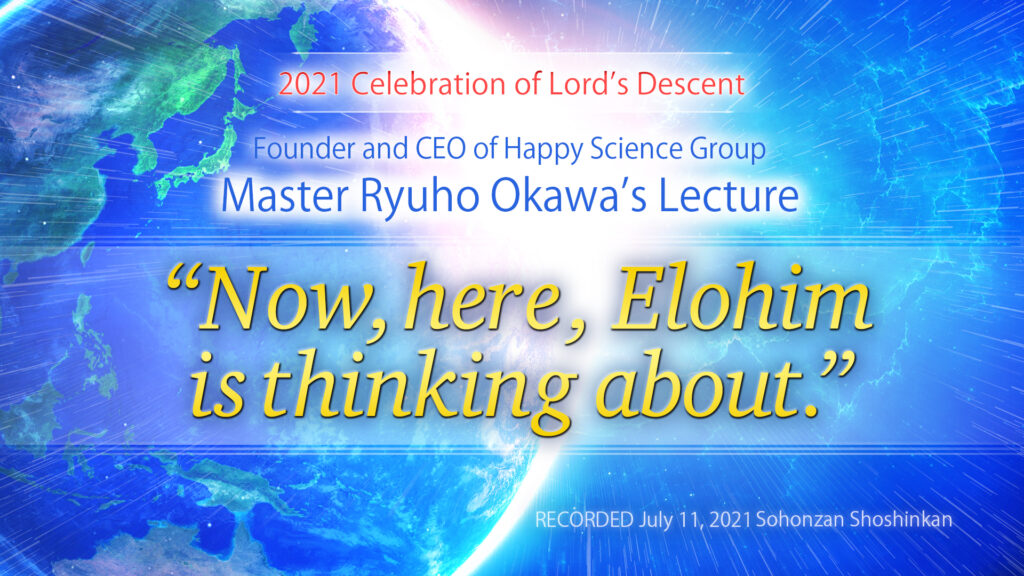 The celebration of Lord’s descent lecture, “Now, here, Elohim is thinking about.” was held on July 11, 2021 at Happy Science Main Temple, Sohonzan Shoshinkan.

【Points】
◆ About ‘God Elohim’ in the latest movie “The Laws of the Universe-The Age of Elohim” coming this October.

◆ What the age had been like back 150 million years ago when God Elohim had descended.

◆ About the origin of hell on earth and the devils.

◆ Warning against the mass media whose standards of value judgements are based on worldly academic study and science.

◆ How those who have spread the thoughts to deny God will fall to hell and be isolated in Abysmal Hell.

◆ About the U.S. and China’s move and issues on political economy in the 21st century.

◆ Why citizens must resist against becoming totalitarian in these times of the corona pandemic or governments who restrain the citizen’s rights.

◆ How to think about progression of AI (artificial intelligence) in the coming age of surveillance capitalism.

◆ What is the meaning behind human beings coming down to this world from the spiritual world?

◆ Have faith. Accept diversity. Make effort to spread the values of the God of the Earth.